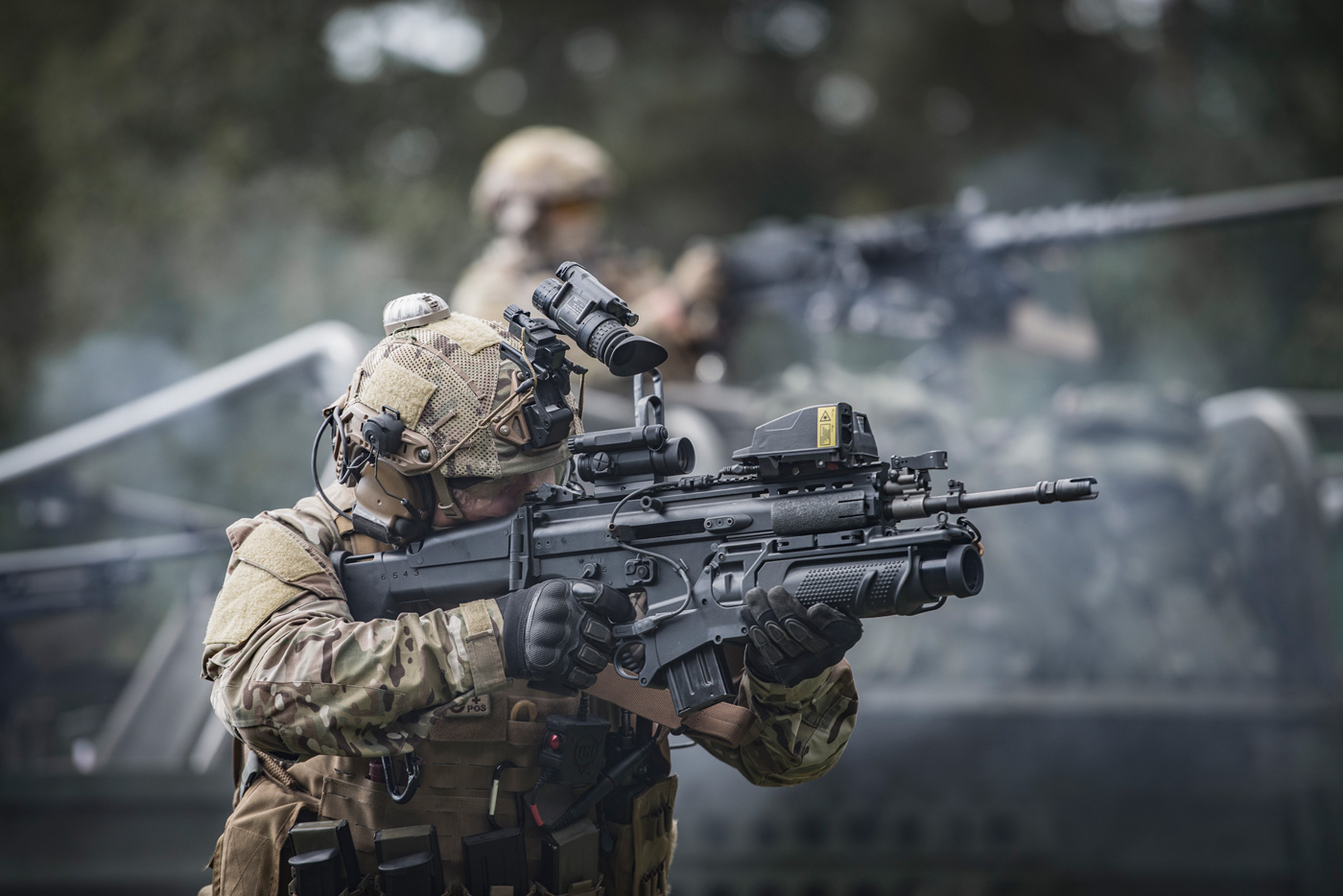 With over 15 years of experience in the design and manufacture of fire control units for 40mm grenades, Belgium-based FN Herstal, one of the world’s leading firearms manufacturers, is introducing its third generation Mk3 version of the FN® FCU.

The FN® FCU Mk3 integrates the latest generation of electronic modules to improve its performance – and takes into account feedback from user experience with the earlier models. It retains the benefits of earlier versions (automatically adjusted point of aim, fast target acquisition night and day) while adding a host of enhancements. This includes an improved laser range finder for even better accuracy, a larger aiming window for easier target acquisition, automatic sight adjustment for lateral drift, reduced size, reduced power consumption and a quick detach base through a Picatinny type interface and one hand activated lever. In addition, the new FN® FCU Mk3 has several laser safety features for enhanced training capability.

When combined, all these improvements help to dramatically increase the hit probability of the 40mm grenade system in defense and security operations, and embody FN Herstal’s motto of ‘Enhancing capability through technology’.

The FN® FCU Mk3 can be fitted onto a wider range of underbarrel and stand-alone launchers and because the FN®FCU/user interface remains unchanged no extra training is required for users of previous models. Firing tables supplied with earlier models, or created for them, can also be easily transferred to the new version.

The latest generation of the FN® FCU is one of many innovative products in FN Herstal’s FN® e-novation range, which integrate modern and cutting-edge technology to further enhance the capability and reliability of firearms. The FN® e-novation range also includes the FN SmartCore® shot counters for either FN SCAR® assault or precision rifles or FN MINIMI® light machine guns.

The FN® FCU Mk3 and complete FN® e-novation range can be viewed at FN Herstal’s stand at IDEX, Abu Dhabi, February 19-23, 2017, and other trade shows where FN Herstal will be exhibiting throughout the year.

The products shown as Defense & Security products on this website are restricted to military, law enforcement, and special forces sales only, and subject to export licences/permits.